E2 Visa Approvals and Denials in 2020

E2 Visa Approvals and Denials in 2020

In 2019, there were more than 8.7 million non-immigrant visas  issued at 160 U.S. consulates and embassies across the globe. 2020 proved to be a different story for U.S. visa issuances given the ongoing pandemic…

Although some U.S. Embassies and Consulates resumed routine visa services as local conditions and resources allowed, the U.S. issued a total of only 4 million nonimmigrant visas in 2020. This represented less than half of the number issued in the previous fiscal year (FY) 2019.

In early 2020, in response to the significant globe challenges related to the COVID-19 pandemic, the U.S. Department of State suspended all routine visa services in most countries worldwide.

On December 29, the U.S. Department of State published its annual report providing statistical information on immigrant and non-immigrant visa issuances by consular offices for FY 2020. Visa Franchise summarized and analyzed the data related to E-2 visas as follows.

About the E-2 Visa

The E-2 visa is a renewable nonimmigrant visa that allows entrepreneurs from a treaty country to invest in a business and move to the U.S. Unlike the EB-5 visa, there is no minimum investment amount for the E-2 visa, but rather depends on the type of the business. Many immigration attorneys recommend an investment of $150,000 or more as to satisfy the substantial investment requirement of the E-2 visa. Furthermore, the E-2 visa does not require a set number of American jobs created or maintained. Other benefits with the E-2 visa include the spouse’s ability to work in the U.S. and children being able to reside and study in the U.S. until they are 21.

Although the E-2 visa is not a direct path to the U.S. green card, the visa can be renewed indefinitely so long as the business is sustainable.

U.S. immigration policy has undergone a sea change since the inauguration of Donald Trump in January 2017. It is worth noting the many regulations implemented in several E-2 treaty countries. These changes were in large part due to the mandate in Section 10 of Executive Order 13780, requiring the Department of State to review all non-immigrant visa reciprocity agreements to make sure they are truly reciprocal. Below are the visa validity changes adjusted by the U.S. Secretary of State in FY 2020.

Shortened E-2 validity periods are not a threat as the E-2 visa can be renewed indefinitely so long as the business is doing well. That is why Visa Franchise performs a rigorous business due diligence process to make sure the businesses we investigate are the right businesses for the E-2.

In FY 2020, the overall nonimmigrant visa denial rate remained the same as previous fiscal year at 25%, more than twice the number for E-2 visa. The E-2 visa has one of the highest approval ratings relative to other nonimmigrant visas. 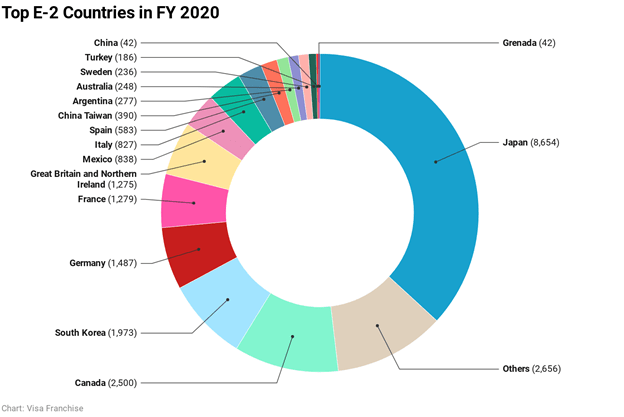 Japan has always had an extremely high number of E-2 visa issuances relative to other countries. Most of the Japanese E-2 visas are for E-2 managers that are transferred to work in the E-2 company in the United States. After discussing with many immigration attorneys, most E-2 visas from countries besides Japan and Germany represent investor visas applied by individual entrepreneurs who plan to operate a small U.S. business.

The top ten countries were the same as last year, with the rankings switching slightly. Last year’s third highest E-2 visas came from the United Kingdom, but has now been replaced by South Korea. The United Kingdom now fell to sixth place in FY 2020. Taiwan, China remains in 10th place, while Turkey, which in previous years had a close number of approvals, has slipped to 14th position in the ranking list.

Citizenship by Investment for E-2 Visa

By continents, more than 80% of E-2 visa issued from Asia and Europe in FY 2020, and almost half (49.2%) are issued to Asia applicants. Asia, Europe, and North America are the predominant continents for E-2 visa issuances with the Top 10 E-2 visa countries & regions also coming from those areas. 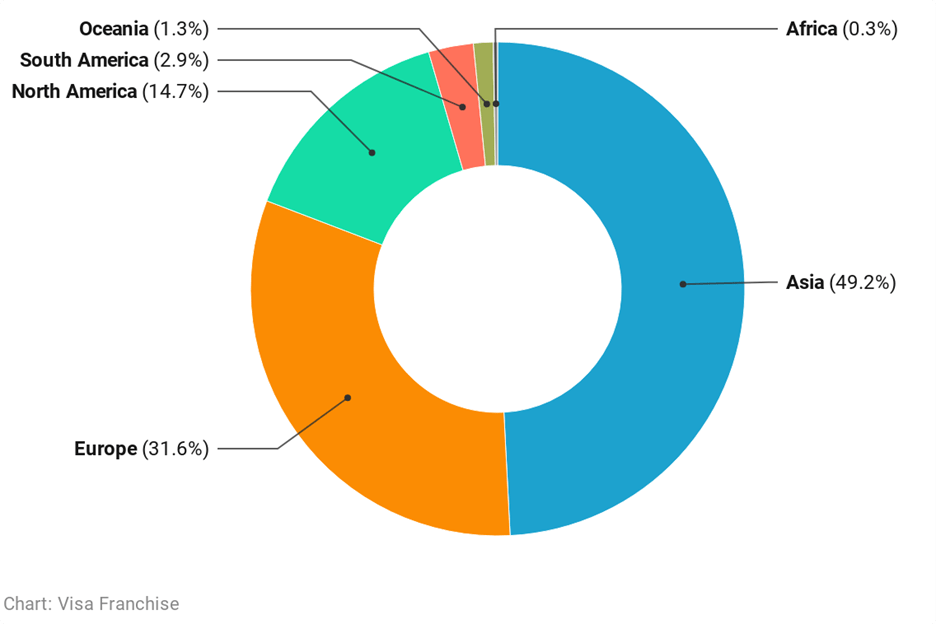 The E-2 visa is one of the most valuable options in the entire U.S. immigration system. It allows applicants to renew indefinitely, enter and exit the U.S. multiple times in the validity period and stay in the U.S. for as long as two year per entry. In addition, E-2 visa has a higher approval rate at 87.8% relative to other nonimmigrant visas, and no limits to the number of issuances. Because of these advantages, E-2 visa has become a widely used option for foreign nationals to move to the US and pursue the American dream.

At Visa Franchise, we focus on finding the right businesses for our E-2 clients by often prioritizing security and longevity of the business.

Take the next step towards your American Dream by applying to be a Visa Franchise client today (click here)! 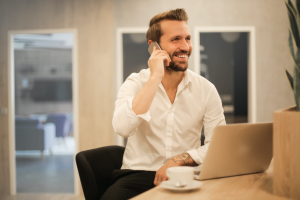