What are the implications for the EB-5 programs renewal in April? What types of investments qualify?

As trusted advisors to foreign nationals looking to move to the U.S. through the EB-5 visa, we have come across many potential EB-5 qualifying investments over the years. After having analyzed over 20 franchises and businesses eligible for the EB-5 direct program, we at Visa Franchise are surprised that more EB-5 investors do not evaluate the direct investment option as an alternative to the regional center option.

The EB-5 direct program is a permanent law established by Congress enacted in 1990. The new April 28, 2017 deadline marks the reauthorization deadline for the passive, regional center EB-5 option. The Regional Center “pilot” program has been renewed on a consistent basis since 1992.

If Congress does not reauthorize the regional center program in April, then no one would be able to invest through the regional centers in the future. Also, last week, USCIS issued a notice of proposed rulemaking providing a number of amendments. That will greatly change the EB-5 program (both regional center and direct). It is expected that these changes will be implemented as early as April. Outlined below is a summary of the major provisions 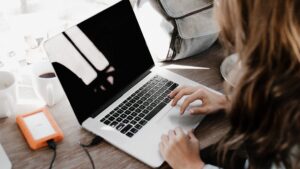 In 2015, there were 156 direct investors out of 9,764 total EB-5 visas issued. This represents less than 2% of the total EB-5 program. The below chart provides a breakdown of the countries with the most EB-5 applicants and the split between regional center and direct investments.

For a variety of reasons, EB-5 direct investments account for less than 2% of the total 10,000 visas that are issued on a yearly basis.  There are many perceived reasons why EB-5 applicants might not choose to invest in a direct project such as:

There is often a false sense of security in regional center projects especially those that have a real estate component. The EB-5 investor might be part of a massive real estate development project raising $80M+ in EB-5 capital but the project will not be completed if the capital is not raised. Also, the EB-5 investment is often loaned out as mezzanine debt to the developer and is the last to be repaid ahead of senior secured loans.  Franchisors and multi-unit operators have not marketed the EB-5 program as extensively as real estate developers. It was not until real estate financing dried up in the 2008/2009 crisis that developers marketed their EB-5 eligible projects in China. Thus, increasing the number of EB-5 petitions over 1000% from 2007 to 2016.

Furthermore, franchising is a heavily regulated industry by both the federal and state governments. This is a huge benefit to prospective franchisees (investors) as they are able to analyze a large amount of information before deciding whether to invest in a franchise and become a franchisee. Every franchisor is required to file their Franchise Disclosure Document (FDD) in states that they are selling or operating franchises. This document is often over 200 pages and includes information regarding the investment breakdown, royalties, and other expenses. The Item 19 of the FDD often discloses the historical sales/profit figures for the franchise system. 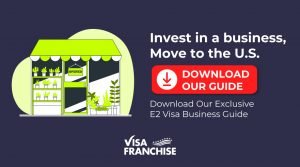 There are some major restaurant and hotel franchises that offer EB-5 direct investments. One example is Miami, FL based Burger King. Burger King has been active in EB-5 for some years now with approved greencards and multiple locations in the Chicago metropolitan area funded by EB-5 investors primarily from China. EB-5 investors are able to invest alongside experienced multi-unit operators who have many years of restaurant and local market knowledge.

Some franchises like Dunkin’ Donuts have strict requirements for franchisees including having to already have a green card or U.S. citizenship. My previous firm, LCR Capital Partners, structured EB-5 investments in Dunkin’ Donuts. The investments are generally senior secured loans made to experienced operators through various EB-5 regional centers that LCR Capital operates.

Many smaller franchises have leveraged the EB-5 program to bring in new, well capitalized operators into their franchise system. EB-5 investors can own 100% of a franchise with all the upsides and responsibilities of their fellow American franchisees. Franchisors with less than 100 units are often able to be more hands on. They can provide support with opening and the initial franchise operations while the I-526 petition is in adjudication, which is especially important in cases when the investor is not able to legally reside in the U.S. on another visa like the E-2 visa.

Boardwalk Fries Burgers & Shakes (“Boardwalk”) is a fast-casual concept in the rapidly growing “Better Burger” market. Provides its customers with Fresh burgers and fries that are never frozen. The fresh ground beef is hand formed into burger patties every day and cooked on an open, flat grill. Their “world famous” Boardwalk Fries are also hand cut every day and are cooked in their traditional secret recipe in 100% peanut oil, which has zero trans fat.

Dave and Fran DiFerndinando opened the first Boardwalk Fries in White Marsh Mall, White Marsh, Maryland, in 1981 and by 1987 they had franchises from coast to coast. As time passed, customers began asking for more and they developed the Burgers and Shakes concept. Now they have locations across the globe and are expanding rapidly on the East and West Coasts of the U.S. In 2016, there were six EB-5 investors who received their I-526 approvals to roll out new units in the U.S.

There is a huge market for Boardwalk as Americans love hamburgers. With nearly 50,000 burger joints in the United States, there is one location for every 6,300 citizens who – on average – consume 46 burgers each year! 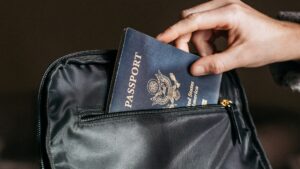 UFood Grill restaurants are fast casual food service restaurants that offer appetizing food with healthy attributes. Their menu features natural and fresh ingredients, whole grains, grass-fed beef along with vegetarian, reduced sodium, vegan, gluten free and low calorie options. All of the items are customizable to fit any customer’s unique needs. They also disclose all of the ingredients and nutritional value that go into each item.

The current executive team, led by Salvatore Rincione, brings many years of industry experience from such heavy-hitters as Five Guys, Shake Shack, and Red Mango. Their goal is to become a major player in the fast-growing healthy quick service restaurant industry.

With over 17 units located across the U.S. and rapidly expanding, there is territory available where our clients typically move (Florida, California, New York and Texas).  UFood Grill offers development support with finding and developing the location in the area that the franchisee chooses. They can also provide additional support with opening the store and ongoing operations far beyond the standard of most franchisors.

Visa Franchise guides investors in identifying and analyzing the best investment opportunities tailored to their specific objectives. The focus of the firm is on franchises that qualify for the E-2 (1) and EB-5 visas (2). Visa Franchise is the trusted advisor of clients from all over the world when it comes to helping them find the business opportunity that best meets their investment and immigration goals.

We take into consideration their capability, experience, and size of investment to ensure that they choose the best possible option for their unique, individual situation. Visa Franchise is based in Miami, Florida with a second office in Orlando, Florida.

(2) EB-5 visa requires at least a $500,000 investment in a U.S. business that creates at least ten (10) jobs for U.S. citizens. Or green card holders in the first two (2) years. Investors may either start their own businesses as active investors or invest in designated Regional Centers as passive investors. 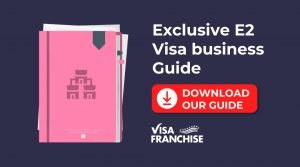