The F45 franchise is a training studio which provides exercise training that involves alternating periods of short, intense anaerobic exercise. Below, we are going to make a complete analysis on the F45 franchise cost and the ups and downs of owning one.

F45 franchises are a community based, functional training system that prides itself on innovation, motivation and results.

The F45 Training system was launched in Australia in 2012 and currently has over 2,200 franchises sold in 63 countries. In the United States, F45 began offering franchises in 2015 and now has 469 franchise units and 3 company-owned units.

F45 is a public company backed by notable investors such as Mark Whalberg and David Beckham. The shares began trading on the New York Stock Exchange on July 15 of 2021, under the symbol “FXLV.” F45 received net proceeds from the offering of approximately $279.0 million.

How is the F45 Franchise Positioned in the Fitness Industry?

The F45 is uniquely positioned to grow within the Fitness Industry because of the management team behind it. F45 boasts notable investors that are committed to growing the brand internationally and Mark Whalberg is actively helping grow the brand name in the United States. The F45 franchise has also reported that margins can be up to 30%, while the industry average in the fitness sector is 9.6%. They are competing in a $37 billion market with an expected 4.7% growth rate.

The fitness industry as a whole is facing uncertainty because of the COVID-19 pandemic and the shift to online home workouts such as Peloton. However, as the consumer demand for normal life reemerges and the safety of vaccines, we believe that this competitive fitness model will excel as people want to compete in a live setting against other people. The most comparable company to F45 is Orange Theory. Orange Theory takes an average of over 12 years to make your money back compared to F45 franchises which can be under 3 years.

How Much is an F45 Franchise?

The initial F45 Franchise Fee is $52,000. You have to pay this upfront fee when opening a F45 franchise.

To be considered for a franchisee of a F45 franchise, you need to have at least $120,000 in liquid assets.

This article’s primary source is the 2021 F45 Training Franchise Disclosure Document (FDD). You can purchase it and have full access to all the data by clicking here 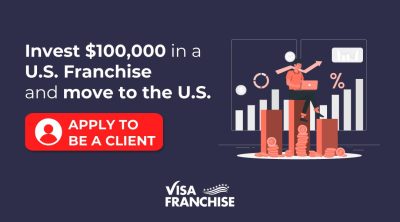 The following costs are part of the upfront costs included in the initial investment for a F45 franchise. Many of these are onetime fees that are needed to launch the franchise.

Review the chart below to see how much it costs to buy an F45 franchise in 2021.

The Fitness Industry Average has a royalty fee of 6.4% and a marketing fee of 2%. F45 has slightly higher royalties but makes up for it with large revenues per franchise unit.

How much do the franchise owners make?

However, Charlie Payne, Chief Financial Officer, provided some insight into the financials behind a F45 in a press release before their IPO that gave us some insight into how well franchisees can do financially after opening an F45 studio.

“Our nearly 100% franchised model offers compelling economics to both us and our franchisees. The franchisees benefit from our highly attractive new unit economic model that features a relatively low initial investment, low four-wall operating expenses, and strong returns on investment. A typical F45 franchise requires an initial investment of approximately $315,000, significantly lower than other franchise models. In Year 3 of operation, franchisees produce an average AUV of approximately $359,000; average four-wall EBITDA margins in excess of 30%; and average cash-on-cash returns in excess of 35%. On average, it takes a studio approximately six months and 75 members to reach breakeven.”

To assign a valuation multiple for  F45 franchises, we leverage estimates from DealStats, a database of acquired private company transactions sourced from U.S. business brokers and SEC filings. We reviewed the larger franchise industry as well as selling price multiples for larger systems like Anytime Fitness, where more transaction data is available.

Outlets and Franchisee Information. Systemwide Outlet Summary For Years 2018 to 2020

F45 franchises have been growing at a pretty exponential pace, averaging 136 new units opening each year over the past three years. This large growth can be attributed to the new capital invested in the business and the large public figures like Mark Whalberg and David Beckham getting behind the fitness franchise.

In the final analysis, with powerful figures like Mark Whalberg and David Beckham supporting this fitness franchise and with the growth of competitive group workouts, it is positioned to grow exponentially in the United States. The Company raised a significant amount of money from their IPO and also minority stake investment from Mark Whalberg.

We strongly recommend you speak to at least 5 F45 franchisees to better understand the financials, and the F45 franchise cost if you are interested in investing (see questions to ask).

At last, think about whether F45 franchise is the right franchise for you, or whether are you interested in other franchise opportunities in the Fitness Industry? Check out our listings page on the Vetted Biz website for thousands of franchises available for your investment.